Vampires and zombies and werewolves, oh my!

From a conspiracy theorists point of view, the past couple of weeks have been phenomenal.

Do you ever get the idea that the world is trying to tell you something? No, really, this fits with my opening statement. Let’s see. I need some concrete examples. Ummm. 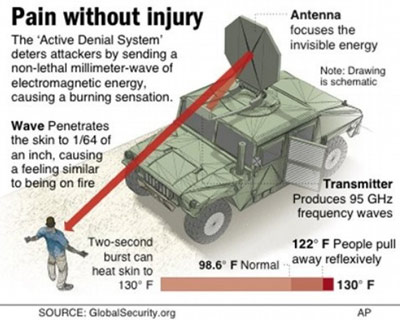 Right. TED talks. I listen to them in the car on the way to and from work – when my Audible credits have run out. There are some amazing speeches on this site and I’ve gotten a lot out of them. I also listen to the Smodcast with Kevin Smith and Scott Mosier. I’ve been playing them out of order, and sometimes they’ll be years old. But on one drive into work, I had a TED talk about pacifying crowds using heat rays, and then Kevin Smith talked about the same thing on his podcast, and then Dr. Karl mentioned it on HIS podcast, then I saw it on TV on a completely random bit of news footage, and finally, I read it in the book I was reading at the time.

All of these were disassociated from each other. None of them, bar the news footage, was current. I just happened to come across them all in a single 24-hour period. And this happens to me on a regular basis. Really, conspiracy theories are a doddle compared to some of the things I have to deal with in my head.

Is this a Final Destination type event? Should I be watching out for stray death rays? And Rocky Mountain High, by John Denver?

Which leads me to zombies. No, seriously. I read in the news about a naked guy who was shot multiple times to stop him from eating a guy’s face. Kevin Smith was talking about it as well . That’s not freaky at all. It was all over the Twitter-sphere. What is freaky is that THE ZOMBIE APOCALYPSE IS UPON US!! It was the go-to position of every conspiracy nut on the planet. Finally, the superbug has gotten loose and Florida is ground zero. All of the movies we’ve watched and The Walking Dead tv show have given us some good grounding for how to survive the coming onslaught.

First up: don’t live in America.

Check. I have a feeling getting zombies through airport security could be a bit tough.

“Sorry sir, but you can’t bring foodstuffs into the country, so could I ask you to ARGH! STOP IT! Nooooo….”

To add fuel to the fire, the Centre for Disease Control has come out with an official statement denying that there is a zombie outbreak. What more do we need??? And then a fascinating biologist – Nathan Wolfe on TED tells me that when they do swaps of the inside of the noses of volunteers, they find that 30% of the material they collect is unclassifiable. Viruses and bacteria that they cannot identify. And even in the blood, something like 1% of what is running through our bloodstream is unidentifiable. He was making the point that there are still undiscovered territories for our young people to explore when they leave school.

I took it to mean that it is totally conceivable that there is a zombie virus out there that has already infected most of the population and is only awaiting the anomalous solar flare to reach us from the sun. Maybe we’re both right. Zombies are a bit passé. They’ve been done to death. Ha ha. I like zombie movies. They’re fatalism at a grass-roots level. The world is stuffed. Let’s eat some brains. They feed on our fears of the coming environmental apocalypse and the knowledge that our governments are so stupid that it is totally conceivable that someone has requisitioned a killer virus and all we can do is wait for the “oops!” 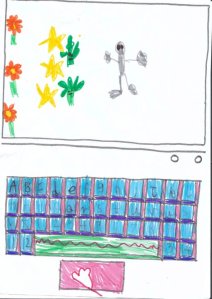 This zombie has no hope.

And it’s good to see a genre so friendly to kids. My step-daughter loves zombies. Many’s the morning I wake up with a small child chewing on my head. No, actually I mean, when I first met her mother, I was right into Plants V. Zombies. That meant that within a few weeks, young miss O was into it as well. She has written a song about the sunflowers and their quest to save us from the zombies. She drew a picture for school showing a very good defensive layout for an early level of the game. And still there’s been no call from Child Services.

I like zombie movies, but there’s not a lot of romance in a zombie. There are very few “I love you, and can’t live without you, so eat my brains and we’ll be undead ever after” moments in zombie movies. Romance is the domain of the vampire.

I’m a bit over vampires. I used to devour anything involving sharp pointy teeth, from Anne Rice to Count Duckula. I read the Twilight series, to my ever lasting shame. I enjoyed it, which I truly believe makes me a bad person beyond redemption. But I can’t fathom a race of shiny almost invincible people who don’t say: “You know what, these squishy humans can’t do anything to stop us. They can’t stake us. The sun doesn’t hurt us, we can throw century-long disco beach parties. Let’s take over the world!”

What I am enjoying is Kim Newman’s Bloody Red Baron. The first novel, Anno Dracula, was an incredible read. The sequel just goes from strength to strength. Famous characters from history and popular fiction dive in and out of the novels, set in a world where Dracula was not beaten by Van Helsing and his band, and instead marries the Queen of England and ushers in a Vampire England. Alternate Reality novels always fascinate me. A novel where Jack the Ripper hunts vampire prostitutes through the streets of Victorian London was always going to get me in. But still, the graphic descriptions of feeding – sweet coppery blood trickling over the tongue and down her parched throat – no longer have the same appeal that they did when I was wearing black and dangly ankh earrings.

Werewolves on the other hand. . . Like Jekyll and Hyde, the werewolf is the freedom to let your inner beast free, to act without worrying about the consequences. And they’re alive. Hyper-alive. Depending on the mythos, they’re untethered from their human shells once a month at the full moon to frolic in amongst all the lovely food.

I’ll finish with some recommendations. They might not fit anybody else, but, I love:

Feel free to add your own.

5 thoughts on “Vampires and zombies and werewolves, oh my!”