I just want to live on an island make of cake and listen to music. This is the second of my “Facebook friends asked me to do lists of things so here it is” series. This time, the post was “Post your all time top ten albums” I couldn’t do this with any honesty, so as always, I changed the rules: Ok. My top ten albums* Actually no. These are ten (and a couple more) albums that came to mind when asked what my top ten albums were. There are hundreds more than flash through my head even thinking about it again now, but I’m going with these ten because they had a massive impact on my life and are still in rotation. For example, I could have added Madonna’s Immaculate Collection – which changed my life, but which I rarely play now. I could have added Use Your Illusions 1 and 2 and Best of Queen 1 and 2 (I came late to music and had to do some serious catchup) but again, they’re not in constant rotation any more. The Twelfth Man series, Weird Al albums, especially Fat, Bill n Ted’s Bogus Journey, and The Muppets Christmas (but I’ll leave that for my top ten Christmas albums post). And… why aren’t Monty Python on this list? You see what I mean? Anyway, here are the ten as posted in April 2018 on Facebook. #10: They Might Be Giants Flood. I’ve seen them do it live. It never gets old. I’ve talked about They Might Be Giants before. They bring me out of a bad mood almost every time. I came back from Japan early to see They Might Be Giants play and went two nights in a row because they were doing the Flood album start-to-finish the following night.
#9: I’m saying Stormy Weather by Grace Knight. I just listen to it over and over. It was the second CD I ever bought and by far the most played. After posting this on Facebook I went out and bought it again on eBay. It’s still good. —
#8: Barenaked Ladies – Gordon. If I had a Million Dollars is so catchy. I asked friends what I should be listening to if I liked They Might Be Giants and they made me buy this. That was maybe 1995. I’ve been listening to this album ever since. Again, a life changer. It made me feel Canadian again. —
#7: Doug Anthony Allstars. Dead and Alive. I used to listen to DAAS on the Big Gig – I could almost see the TV from my room through two windows into the loungeroom. I’d leave the door open so I could hear. I was absolutely not meant to be watching it. It was brilliant. Again, I came to DAAS properly just as they were wrapping up. Dead and Alive was my first album and is still my favourite. The Last Concert and Icon also get a lot of play but this one just has a great combination of music and general mayhem. —
#6: Tripod. Open Slather. The first Tripod I was exposed to. Still gets more play than any other album. Dave played this at a party when we were living in Clifton Hill in the apartment we called The TARDIS (it was bigger on the inside). From here we started going to gigs at the Pat. They signed my VHS copy of Tosswinkle the Pirate when Dave told them he was bringing it to me in Japan. They are great. And Open Slather has always been my favourite album, followed closely by Tripod versus the Dragon. —
#5: Billy Joel. An Innocent Man This may not be the best Billy, but it is my Billy. It always makes me feel better. It’s been a companion on many family trips, so it has family connections as well as person connections. I’ve had it on tape, vinyl and CD. The Stranger and River of Dreams come close seconds. I’m very aware that these may not be the best albums. As I said, I came to music appreciation late. My friend Craig introduced me to Queen in Year 12. Dad played ELO and heaps of Beatles and Stones around the house. But I was into Summer 87 and Through the Roof 85 and Funbusters. and Rolf Harris. And Bill Cosby. Wow. — #4: Paul Simon – Graceland. An absolute ripper of an album with incredible rhythms and melodies. Love every single song. I remember listening to this on trips up to Queensland. I know every word in every song. It’s phenomenal. None of his other albums have hit me the same way. —
#3: Carter USM – 1992. The Love Album It’s always a tossup between this and 30 Something but 1992 gets more airplay on my set list. Dave played these guys to me. We would get drunk and sing Is Wrestling Fixed and Who Killed Bambi (by Sex Pistols). Never been hugely into punk, but these albums are fantastic. —
2: Cake – Prolonging the Magic. I almost put Fashion Nugget (and had to fight between Cake and Cat Empire and Bloodhound Gang) but Sheep Go to Heaven pushed me over the edge. That song fires me up every time. Maybe Presidents of the USA should be in here too. I think they’re more Dave than me, but the Dune Buggy album is still on regular rotation around the house.
—
And in the top spot: 1. Whitlams – Eternal Nightcap I listen to this almost weekly. It got into my brain at my most musically susceptible and has never left. God it’s a good album. And again, I could have put Ben Folds Five in here, but it hasn’t stayed in my rotation. So anyway, thirty or so albums in my top ten list. Go and listen to all of them. Let me know just how bad my music taste actually is.

Rubbish. The most important part of posting a list like that is the reasons why they are your favourites. The stories behind the albums and the books are almost more important than the books themselves. My lists would change from week to week, if not day to day, so the stories are even more important in those circumstances.

To that end, I’m going to post a couple of these here. I’ve already posted them on Facebook, day by day as requested, with huge stories attached, completely breaking the rules.

I hope you get something out of the stories. Otherwise, I hope you just go out and read the books, listen to the music, eat the foods, whatever I end up posting.

So, as I’ve mentioned before, I was hunting down life insurance. Well, I’m now insured. Take all the pot-shots you want, my family is covered.

Oh, unless I get bowel cancer. Apparently one person in my entire family getting it means that I’m too much of a risk to get it as well, so I’m not covered for that.

Never mind, I’ll just have to make sure any critical illnesses I get aren’t that.

I wonder whether becoming a zombie counts as a “critical illness”. I’m sure I couldn’t effectively do my job. What would zombies teach? Biology? Physical  Education? I’d be unemployed and almost unemployable. Maybe McDonald’s. “Would you like brains with that?”

Dead, but still poking around. That reminds me. Awhile ago I posted on Twitter a “post-bucket list”. A list of things I want to do once I’ve kicked the bucket. Everyone has a list of things they want to do before they die. I thought I’d be a little more ambitious.

This list came out of noticing that a number of dead friends and relatives were still popping up on Facebook. “You haven’t chatted to this person for awhile!” 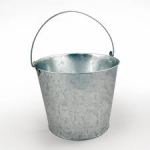 I know it’ll be good. I’m pretty sure anyone who would bitch about me at my funeral is pretty much happy to bitch about me in front of my face. But I am very aware that I haven’t written a will. Or an obituary. Or my epitaph. Or prepared my Death Press Kit.

“My what?” you ask. My Death Press Kit, I answer. “Yes, but I think that needs clarification,” you say. Well, yes. Fair enough. Let me see if I can find an example… 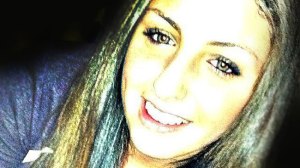 See? Pretty. Obviously a phone picture, so it fits the Social Media aspect. She did a good job. Or her parents, or whoever sent the papers her photo. Or whichever reporter hacked into her Facebook account.

On the other hand: 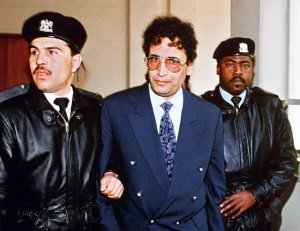 You look at this guy and you think “yup, sleazy, obviously a killer. Hope he rots in Hell.” Or maybe that’s just me.

See? You need a Death Press Kit to ensure the papers know how to deal with you after your death. So, to make things easier, I have some photos for various occasions:

Traveler and philanthropist Perry dies after decades of community work 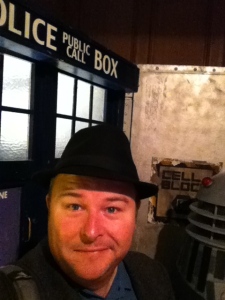 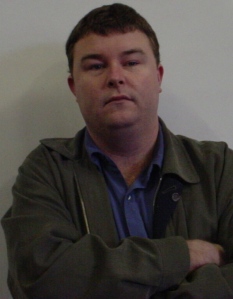 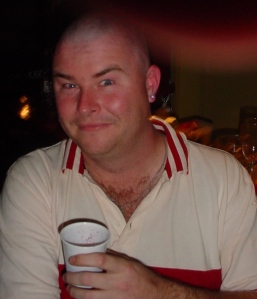 I don’t really want to write my obituary yet. I think that’s a blog in itself. I’ll leave you with the Death Press Kit and try to relax after the earthquake that’s scaring Melbournians to death. Gods. I remember Japan. These things happened every week. Still, I better make my sacrifices to the Ancient Ones.

Oh, that reminds me, and speaking of terrible Death Press Kits: 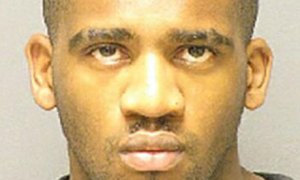 This guy killed and ate a guy who was living with him, including his heart and brain. The response from the on-campus co-ordinators:

“He noted the university has a zero-tolerance policy toward violence and a student in such a situation would likely be suspended or expelled.”

However, where I really think they were stretching for evidence:

“In February, Kinyua posted a question on Facebook, asking fellow students at historically black colleges and universities if they were “strong enough to endure ritual HBCU mass human sacrifices around the country and still be able to function as human beings?””

OK. The man was a looney. He killed and ate someone. But if I was indicted for every call to human sacrifice I placed in a Facebook status, I would never again see the light of day!

Let’s see what I can find.

See? I’m stuffed. Ok. Back into hiding. See you next week.