Archive for the tag “Finding Damo”

The last time I was this excited, Shereen was walking up the aisle towards me on our wedding day. I jest; that was far more exciting, but this is a close second.

Dwarves in Space is now available for purchase on Amazon in paperback or as a Kindle eBook, and on Lulu.com in paperback.

It has been a long road (see my first post on Dwarves in Space) to this point. I have sent the novel to half a dozen publishers and the same number of agents. Each time I would send the excerpt or manuscript off, there would be an 8-12 week wait before I’d hear back, and no useful feedback even then. Rather than spend years sending my manuscript to publisher after publisher, I decided that I would take my destiny in my own hands and give self-publication a shot.

I had no interest in spending thousands of dollars on extensive print runs. The eBook option was an easy choice. Even those people who have iBooks and iPads still buy a lot of their digital books from Amazon. At the moment, I have a 90 day exclusive contract with Amazon. After that, I might extend to the iBookstore and Nook etc.

And how can I go wrong? Who doesn’t want to read a story about a young king and his wizard friend who travel through space in a ship shaped like an eagle? A ship that is crewed by dwarves, elves and barbarians with no idea how to operate an electric can opener, let alone a starship? And how could you possibly pass up a novel containing space battles between this crew and a necromancer flying the skeleton of a dragon? There are even some quite funny bits, if I do say so myself!

Please enjoy my first novel while I finish off the second.

Also, if a novel is too much for  you, you could try one of my short stories, available for sale on AlfieDog Limited.

Both are ridiculously cheap and are available for all eBook readers.

Note: I’ve been writing this mostly because I have a few friends and family who want to know “what happens next”. I have been writing it because Terry Pratchett says the best way to become a better writer is to write 300 words a day.

I didn’t write on Sunday because I was writing 300 words on Cyber Safety and Online citizenship for the iPad presentation our school gave on Monday. We handed out 120 iPads to the Year 9 students as part of the Government’s 1-1 program. I talked to them about respect, and making sure they ensured their own privacy and that of others.

I didn’t write yesterday because I was writing up detention forms, suspension notices and emails to parents (easily 300 words) after a number of students were involved in a massive Facebook page that targeted teachers and students at the school. So apparently, the 300 words from Sunday were completely wasted.

His teeth stopped vibrating first. He shook his head like a wet dog. He stretched his jaws. They were absolutely buzz-free. His skin lost that crawling-with-ants feeling shortly afterwards. Chuck stopped walking. He dropped his bag. He did a little victory dance. And then he saw the min-min light.

‘Holy Bob!’ he yelped, stepping into his backpack straps and falling onto his rear. The min-min light hovered at head height, waving serenely back and forth. It was a pale blue, and pulsed with a gentle glow that was almost invisible in the bright sunlight. Chuck fixed his eyes on the light while he scrabbled in his pack for the tablet.

‘Whaff, oo ooann? Iff dinna ‘ime,’ was the cryptic response. Chuck, who had known Caitlin through training school and four years of an interstellar voyage, was quick to translate.

‘I don’t care about your food. Scan my area. Can you see anything?’ There was no response from the other side, except for the faintly nauseating sound of loud chewing. Eventually, Cait replied.

‘What do you mean? No. Hang on. Yes. But it’s just the energy signatures you had around you from the start. Why?’

‘I have a min-min floating in front of me,’ said Chuck.

‘A little ball of light. Sort of. . . hovering. I think it’s watching me.’ And indeed, the light did seem to be focused on him. He swished a hand at it, and the light retreated slightly before returning to the same spot. He moved his head. The min-min revolved slightly to follow his movement.

‘A min-min. My grandmother used to talk about them. They helped travellers lost in the bush, back when there was bush.’ Chuck looked around. Trees and shrubs were taking over the city, squeezing up through the man-made paths and roads and taking back the land that once belonged to it. ‘I guess, the bush is back, the min-min followed. Oh!’ he said, standing up carefully. ‘Make that min-mins. There’s another one. And a third!’ In a loose formation around the light blue min-min, two more glowing balls had materialised. One was a violet swirl. The third of the trio was a faded yellow blob. None of them were overly bright in the sunlight. Chuck assumed that they might be more visible at nighttime.

Chuck bent down to pick up his backpack. He kept a wary eye on the trio of glowing shapes. ‘I think so,’ he said. ‘At the moment, they’re just hovering. No, wait. What are they- AAAARGH!’

‘Yeah, sorry.’ Chuck raised his tablet and ran a simple image scan. He sent it off to the ship with a flick of his finger. ‘That’s them. Hang on, they’re moving.’ Apparently taking their picture let the energy beings know that he was watching them. They moved away from him, slowly but with purpose. A short way away, they stopped. They bobbed a little closer, then away again. Chuck laughed.

‘That is fantastic!’ he said. ‘Hey, you know those kids’ shows that have the smart animal who runs to get help when the hero falls down the well?’

‘I think I just landed in an episode of Gordo the Wonder-blob.’ Chuck started off after the shapes, and they in turn, noticing that he was indeed following, set off at a leisurely pace towards the cube-shaped building. ‘Keep scanning, Cait. I need to know if they’re about to do something.’ 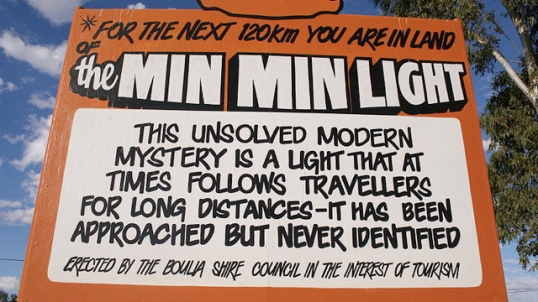 Shereen and I sat down with a financial planner last night and discussed getting life insurance. I’m growing up! But now that I’m worth more dead than alive, I’ve had to accept that I’ve just taken the first step towards accepting that I’m going to die. I mean really, why would you bet an insurance company that you were going to die if you knew you were going to lose?

But never fear, bloggy followers, I am not talking about death, save as a lead-in to a commentary on imagination.

I spent a few weeks as a child wide awake each night terrified that I was going to die. As an adult, I’ve always assumed that it was a normal stage of development. You start off and everything is part of you. And then you want someone to feed you and they don’t and you realise that they are an independent entity. And eventually you realise that if they can go away and not come back then you might end as well.

For me, that was compounded, I think, by an incredibly vivid imagination. At night, trying to think of what death would be like, I could feel the wood of the coffin on my skin. I would try and drag a breath from a space completely devoid of air. I couldn’t imagine being dead and at peace. I could only imagine dying and the fear and panic that went along with that.

I’ve never written about that before. But I’ve written about almost everything else. And I know that I’m not famous enough for people to care where I get my ideas, but I’m going to tell you anyway. It is an insight into my warped mind and where a simple idea can take me.

The most convoluted idea for a story ended up being a short story called Have your Lamington and eat it too. I was living in Seymour, walking home from the bakery, eating a sausage roll. Bits of pastry were flaking away and dropping to the ground. I watched ants take the flakes away – a tasty meal – and had an epiphany: it is incredibly difficult to eat every little bit of anything! Imagine, then, if you had to eat a magic lamington in order to gain a special power. Imagine if you had to eat ALL of it for the magic to work. And imagine that something really bad would happen to you if you didn’t eat it all. I watched the ants drag crumbs of sausage roll down beneath the earth and decided that some poor sod wild have an extremely unpleasant time getting hold of those last few crumbs.

Ted’s Souls came out of a conversation with Dave, where we tried to figure out what the appendix did. It seemed like as logical a storage place as any for the human soul.

Shoot for the Moon was an exercise in sense-writing to begin with. I wrote a scene with as much sensation in it as possible. It turned into a proper story because I wanted to explore a world where nearly everybody was a werewolf, because really, it wouldn’t be that bad – most of the time.

Dwarves in Space began as an image of a group of dwarves lighting fires in the hold of a spaceship to keep warm and ponderings on how a wizard would survive in an environment of pure technology.

And Finding Damo evolved from a desire to tell the story of some of the stupid things I’ve done along with the idea that there might be a junior Perry out there somewhere that I don’t know about.

I have a story that deals with what the heir to Prometheus would steal if we got another go at Break-and-Entering Olympus. A story that came out of a minor nervous attack over the thought that, on a train, you’d have nowhere to go if the passengers suddenly turned into homicidal maniacs (yes, I think about these things). A story based on the observation that when you kill a spider, the corpse doesn’t always stick around (and so, is it really dead? Or are spiders immortal?). And a story based around a song called Skin Deep. I never knew it was called Skin Deep as a kid. I just remember the line: Better watch out for the skundig. What the hell are skundig?? That was a year’s worth of peaceful sleep I’ll never get back, I tell ya!

Come to think of it, “Better watch out for the Skin Deep” also has incredibly creepy vibes.

Lots of stories in my head!

Anyway, there are thousands of stories in my head. I should stop talking about them and go and write some. And if you know anyone who wants to buy some, feel free to send them my way.