Archive for the tag “flavor free”

I love to cook. I love to cook and I love to eat. Some of my great happy moments involve Duck Risotto from Fifteen, an all-you-can eat breakfast buffet at a hotel in Sydney and Coles Christmas Pudding-flavoured ice cream while watching Stargate. I will happily spend a day in the kitchen preparing meals for friends, especially when I get to try out a tricky new recipe.

I’m not a master chef. My food rarely looks pretty. But I rarely get complaints from anyone over the age of ten.

So imagine my chagrin when I visited my naturopath and he gave me a list of foods I needed to avoid. All of a sudden, my forest of food was reaching out to snare me in its allergen-filled stinging tentacles.

potatoes, no, tomatoes, no, red meat, no, curry NO!

Here’s a sample:
– no red meat, gluten (that means BREAD people!), sugar or dairy.
– no curries or chillies, potatoes or peas (seriously, peas?)
– no lentils, tomatoes or chickpeas. Lentils and tomatoes! Because when you get rid of red meat, the go-to replacement foods of choice are never lentils or tomatoes!
– no nuts. And for that, I apparently have my blood type to blame.
– oh, and no citrus or acidic food. Fish is ok, but everything any chef ever put on a bit of fish is off-limits.

That’s fine. I love a challenge. But although in these days of mid-life health-consciousness, I expected to avoid ice cream and pizza, I never thought I’d be staring longingly at a jar of peanut butter, or salivating over spaghetti bolognese.

Italians hate me. They’ve built an entire cuisine around food that I can’t eat. I went out for lunch with friends on the weekend, looked at the menu and almost burst into tears. It looked so good!

Fine. It is good for my health. I’ll suck it up. And I’ve found a number of superb recipes, expanded my repertoire of meals and discovered that gluten free, sugar free, dairy free fruit cake doesn’t have to be disgusting.

But why are there so many fantastic gluten-free recipe sites on the ‘net? Everybody I talk to now seems to be coeliac or lactose intolerant or has a severe reaction to peanuts. Case in point: I went to my friend Cate’s son’s first birthday party. There were snacks and goodies galore! And every snack was specifically designed for a person at the party who was intolerant of some food or another, either physically or morally. These treats were glucose free. Those were free of sucrose. The lollies were specifically chosen to avoid certain food colours. There was a fort around the peanut free area to prevent unauthorised nutty access. No dairy, no onions, no eggs, no badly treated animals. This party demonstrated:
1. The boundless inventiveness of humans in creating suitable foods from weird and wonderful ingredients, and
2. That something is wrong with the modern human and/or modern food.

Of course, it could be that these allergies have always been this prevalent, and suspicious deaths and belly pains were attributed to witches. But it seems that even since I was a child the instance of peanut and wheat allergies has grown exponentially. I am not the type of blogger to look stuff up. Looking stuff up kills conspiracies and more often than not proves me wrong. So I’m just going to rant based on suspicions and half-formed truths.

They’re putting something in the food. They’re genetically modifying wheat and nuts to use as weapons. We’re more than usually rapidly evolving to no longer need food. But we haven’t fully managed to live off happy thoughts yet…

But until then, I’m happy. The multitude of food intolerant people out there provide me with boundless recipes to let me dine in the standard to which I have become accustomed. I can order sweet potato pizza from Crust with a gluten free crust. I can make a chicken bolognese with GF pasta and a pumpkin base. And risotto is my new best friend. The staff envy my lunches as they trudge off to the canteen, and I’ve dropped 10 kilos in just over a month.

So I say, bring on the food allergies! Now, where’s that epipen? 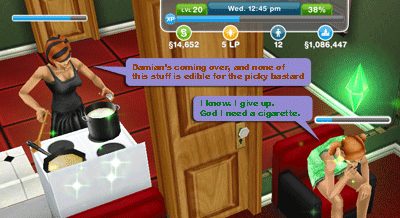