Archive for the tag “gods”

The wolf is coming!

I have a love for coincidence. Seeing similarities in different parts of my life makes it seem like there is a plan to the universe. It allows my imagination to posit a (usually incredibly unlikely) future based on what I’m seeing. The universe cares about me and is sending me hints so that I can guess what happens next.

That makes this current case of Baader-Meinhof Phenomenon somewhat disturbing.

Everywhere I look, I’m seeing Ragnarok. That can’t be a good thing.

It started when I began planning the second Thropes book. I’m planning the second book so that I can put the appropriate foreshadowing into the first book, so stop judging me for being a procrastinator. Lycanthropes came about as a result of a curse by a Greek goddess. So gods are real. And how would that change society? Having a pantheon of hands-on Greek gods would change a few things.

Not to mention that if the Greek gods are real, then wouldn’t that indicate that the others are as well?

So World War I is now a battle between the legions aligned with the Greek gods and those who worship the gods of Asgard. A couple of the days of the week have changed. As have a couple of months. I’ve ditched Roman gods altogether. And then left it as “time manages to push things back to what we know and love”.

But there’s Norse gods version one. And the wolves of Fenris. 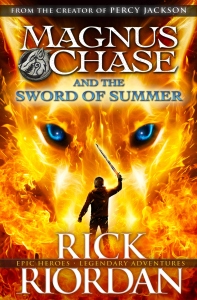 And then I picked up Magnus Chase book one by Rick Riordan. He’s a very funny man and he really knows his mythologies. The writing isn’t phenomenal, but the stories have heart and the voice of Magnus is highly amusing. Oh, and he’s the son of a Norse god. Trying to stop Ragnarok.

Then my character in World of Warcraft levelled high enough to hit Northrend, and suddenly I have all of the Norse mythology I can handle, with Loken and Thorim and Jotunheim and Freya amongst other places and deities. They even have valkyr.

Following on from this, with the new WOW: Legion, they are opening up new Norse areas, including Helheim, as dungeons. It all looks very impressive.

Finally, I’m reading Morning Star by Pierce Brown. Third in the Red Rising series, it’s an engrossing work of war in space and the segregation of peoples based on colour rather than skill. Well worth a read.

The mighty Obsidian warriors live in the icy Antarctic wastes of Mars. They follow a Norse mythology and answer to Asgardian “gods” who keep them subjugated.

This is happening people. The time of the wolf is upon us! Sharpen your axes and drag out your horned helms. Let’s get the end of the world happening. 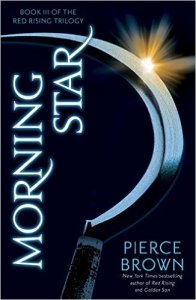