Archive for the tag “moby”

First up: the mo. http://mobro.co/damianperry

Next: Now that we own our own house, the family is keen to get a dog to go with the house. We have gnomes. Why don’t we have a dog?

And now the negotiations begin.

I want a big dog. A German Shepherd or a Kelpie, something that I can take for a walk or a jog down at the oval without having to disguise it as a Mogwai or something. I could even go a smaller dog, if it was a terrier – a Jack Russel perhaps. A cool, masculine dog. A dog with eyebrows:

Shereen wants a placid dog. A mop, maybe a beanbag. Every dog she points out has shaggy hair and a hole for a broom handle… what do you mean, that’s not what the hole’s for? Dogs that wouldn’t feel stupid with a name like Fifi or Miffy.

Ophelia wants a cat. Dogs are cute, but cats are phenomenal. I agree, but Shereen’s allergies really preclude cat ownership. 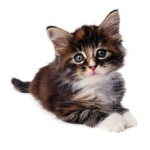 So we are compromising. So far, the dog that both of us like best is a Scottish Terrier. “Och, Chum is soo chumpy, you could carrrve it!” Small for her, cool for me. We both liked the look of Beagles, but my sister and a few other people say they’re terrible dogs to train.

And then there’s the name. We were all happy with the name Moby. Ophelia came up with it. I thought it was remarkably literary of her until Shereen explained that it was the name of one of the characters in a trading card set she’s collecting at the moment.

But still, we don’t have to tell anybody that.

On the weekend, we went into the local shopping mall. The pet store in there had signs everywhere describing a new initiative they’ve taken on where they’ve partnered with an animal rescue group and sell rescue animals. It has nothing to do with the story, but there you go.

And then Shereen saw the rabbit. And fell in love. It came up to her and stared into her eyes with its big brown bunny peepers. And now she wants a rabbit instead of a dog.

“That would be a manly animal to take for a walk around the block,” I mused.

“We could get a special bunny pram, with a hutch on it. You could take it for a walk that way,” she said. Which led to a Facebook status. Which led to a few interesting misconceptions and a lot of confusion. Which led to this blog. 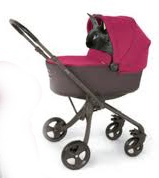 And now I should go and do some work.