Archive for the tag “wild boar”

This last weekend was my first wedding anniversary. This has nothing to do with this entry. However…

We went to a French restaurant. I didn’t remember ever going to a French restaurant until my sister reminded me that in Canada my parents had to stop my brother from ordering the snails. This restaurant didn’t offer snails. It did offer steak tartare. So that was my order of choice, knowing that I wouldn’t eat it normally. And then the waiter (cool French accent tinged with Canadian) told me the specials, which included… 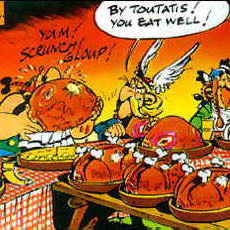 I couldn’t pass up the opportunity to dine on the same food as Asterix and Obelix, so steak tartare would have to wait for another day.

But I haven’t really discussed the things that I want to achieve beforehand.

In a blog that deals (in theory) with the concept of success, this seems very remiss. And so, I present to you: THE FINDING DAMO BUCKET LIST.

Some of the things on this list are a tad outrageous. Some are completely normal and there’s no real reason why I haven’t done them yet. I want to have a number of items on the list that are achievable. Otherwise, why have a list at all?

A very funny man by the name of Michael Workman (FB – TW) made the point that our lives would be a hell of a lot more fulfilling if we swapped our bucket list with our list of daily chores. And so, if we had a bit of spare time left after learning Swahili, we might manage to get some washing done.

I want to do all of the stuff on this list. If I get something done, I’ll let you know. I won’t make it the main focus of the blog. There are hundreds of Bucket List blogs out there. But I thought it was worth a once off. The list will be maintained as a separate page on Finding Damo, and I’ll update my achievements there (for the one or two people that are interested). Until then, however, a look inside the strange wants of Damo, in his search for success in all forms. 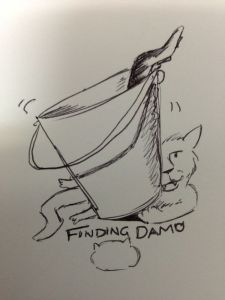 Obviously, I am a man of simple needs. Let me know if you can help me achieve any of the above!