Archive for the tag “weddings”

I’ve got the theme song going through my head right now. And now you do too. Ha! Ear worm.

My lovely wife and I went to a wedding on the weekend. As I get older and more introverted, I find myself dreading weddings. You know the deal: turn up, hang about near the church making small talk, sit through a ceremony, hang around for ages until the reception and hope to God that you’ve been placed on a table with either someone you know or someone interesting.

This wedding was an absolute delight. The bride and bride were lovely, the rain miraculously held off for the outdoor ceremony. And we were there with a bunch of people who were incredibly easy and fun to chat with. These were friends of Shereen’s, through our daughter’s last school, so she doesn’t see them as often as she used to, and I rarely see them at all. But the conversation was easy and stimulating. We laughed a lot and chatted over a number of different topics.

Which is lovely, but not my point (when is my opening ramble ever on topic?).

Shereen met these people because her daughter went to the same school as their kids.

Now, there’s a bit of a cultural crossover here, in that they lived in a similar area and sent their kids to the same school, so they would have some common interests and values. And of course, Shereen isn’t friends with all of the parents at the school, so that limits it even further. But I found it interesting that they became and remained friends through that limited commonality.

And that probably says more about me than anything else.

I have those that I met through family as a child. A few from high school. A few more from my first university degree. Some from my second stint at Latrobe. A small select group that I met through other friends. A tiny smidge of people that I am friends with because of my jobs. Oh, and some Pratchett people.

That’s actually not a bad number, once I go through it in my head.

I think I have eight people who would help me bury a body. One of those is my wife, and she’s only up for it under certain circumstances. One isn’t as good a friend but would just be up for burying a body. That leaves six friends in the body burying category. Of those, two wouldn’t judge and the other six might need a bit more explanation.

I’m not counting family here, because being family means being willing to drive out into the forest and bury a body. You can choose your friends, but you can’t choose your psychopathic relatives.

Why are we friends? What happened that meant that we got to a point where I could show up in the middle of the night with a canvas wrap and a shovel? It’s not just because they like Red Dwarf and Star Trek. It can’t be just that we’ve spent x amount of time stuck in the same place together. I’m pretty sure it’s not just teachers and computer programmers.

I think that there are certain shared experiences that just cement a friendship. 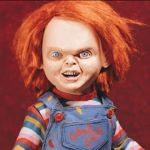 Burning a Chucky doll is one of those. I have an event on Facebook at the moment for a reunion of The Five. 20 years ago, we sacrificed a Chucky to relieve exam stress and to save one of the Five from nightmares. This is a post in its own right. I can’t believe I haven’t done that one yet. Stay tuned. Anyway, we were all close friends before that point, but even if we hadn’t been, I’m pretty sure we would have cemented the friendship with that experience.

My friend Melanie is such a good friend because we were born within months of each other and then spent the next 20 years with our parents getting together regularly. Somewhere along the line we found a friendship that I didn’t maintain with the other two in our little ’74 babies club. We played tennis at New Years and Easter for decades. Her sister almost drowned me in their pool.

I think the intensity of university was the catalyst for a lot of friendships. You’re over 18, living out of home, pressured by the new life and all of the work you have to do. You have no idea what you want to do once you’re done, or you know exactly what you want to do and you’re not sure you’re going to manage it with the marks you’re getting. You’re trying all the new things and all of these people are trying them with you.

And 20 years later, most of them are still around and close friends and checking the Crimestoppers website for new information and hopefully not looking too hard at the reward section.

Who would help you bury a body? Hold on to them. It’s not as common a friendship trait as you might think.

The gap in the picture

Before I start, I should warn you. This one’s heavy. Really heavy. If you’re looking for light-hearted comic relief, take a week off from Finding Damo and go and read Least I Could Do, which is a fantastic online comic strip. Next week will be lighter. I promise. I really want to start getting into the characters I deal with in Finding Damo. I want to look at their motivations and, as I mentioned in the first couple of posts, the meaning of success, which is an important theme in the novel.

But I keep getting sucked in by real life. In this case, I was thinking about my upcoming wedding. And my brother’s wedding. And my sister’s wedding. My graduating to become a teacher. The birth of my nieces and nephews. All wonderful, happy joyous times. All missing one vital participant.

Ian Perry was an incredible man and a wonderful father. He was as full of life as any man can be. He was involved in all aspects of the community and was surrounded by friends and colleagues who had nothing bad to say about him.

He died of cancer back in 2000. His funeral was inspiring in the number of people who came to pay their respects and the great things they told us about him. I looked around on that day and realised that if my funeral was anything like his, then I would have achieved as much as anyone could expect.

I look back at myself in my 20s and think “hmmm, mediocre.” Not bad, not a complete loser, but really, not having done anything particularly worthy either. My job was enjoyable but ultimately not going anywhere. My relationship at the time very similar. I was marking time.

Dad’s death pushed me to action. My first action was to run away. I ran to Japan – culturally and linguistically as different to Australia as possible – to teach English. Dad had always told me that if I was going to travel, that I should go to an Asian country. That had nothing to do with my decision to go to Japan – that decision was my partner’s – but it was utmost in my mind on a number of occasions while I lived there: “Dad should still be alive to see me living in Japan.”

By the end of the year I knew that I loved teaching. I applied to Bendigo University to do my Graduate Diploma in Education. When I graduated, at the same time as my sister, I looked at my graduation photos and with one part of my mind I saw our triumph and success and with the rest I saw the gap in the picture where Dad would have slotted in.

I was ecstatic when my brother asked me to read something at his wedding, but teared up on the day as the first of us to get married did it, surrounded by friends and family, everyone we really loved, save one. Again, there is a gap in the wedding photo. My sister’s wedding, the birth of all four of his grandchildren. Gap gap gap gap gap.

And that gap isn’t a bad thing. I don’t always look at the gap and feel sad. The gap is my father, still there in his absence. I don’t want to get into the minefield of religion and the afterlife, but even on the most basic level, I look at those gaps on my good days and see that his non-presence in each of those photos, those life-events, is the reason why those events happened. Most certainly, the joy I hear in the voices of Dad’s ex-students as they reflect on his teaching was instrumental in my becoming a teacher myself, hoping that I could inspire a generation of students in the same way. I’m still working on that.

Spoiler alert for those who love How I Met Your Mother, but are a few seasons behind…

Everybody left with me is up to speed on HIMYM? Good.

When Marshall’s father died, my fiancé and I, who have both lost parents, were deeply affected. What was worst for me was Marshall railing against a world that would take his father from him before he could show him the man he had become, the man he would become. My own grief is expressed in the same way: why the hell should my father be taken from me before I could show him what I’ve become? I’ve been to Japan, I’ve become a teacher, I’ve finished my novel and now I’m getting married. And I did all of that after he died. I have no idea whether he’s up there watching over me. I might believe one way or the other, but I don’t know. So I really would have preferred that he was down here and I could see the pride in his eyes. I’ve accomplished so much in the time since he died.

Is melancholy the word I’m looking for here? A sweet sadness, looking back at the man he was and the gap in the picture that is. In my mind, in the man that I have become because of him, he will definitely be there at my wedding.

I just wish he could really be there as well…